Preorders are up for Contractions LP « demain est annulé ».
All preorders will ship on sept. 23rd with band goodies.

Also, go on the mailorder page to check all the great bundles with demo tapes and shirts etc.

About the record, we could say that making this LP was a HUGE work… A lot of time was spent with Bruno Germain recording / arranging / mixing it. Then it was sent to Mikey Young to get a top vinyl mastering and it sounds G-R-E-A-T ! Expect some good indie-punk-garage vibes, some 12 strings guitar licks, sometimes melodic bass lines, acoustic guitar overdubs, electric guitar riffs with a few solos and a lot of phaser pedals, maracas and tambourines arrangements, pounding drum patterns and last but not least melodic vocals AS MUCH IN TUNE AS I CAN DO (and also for the first time, Macst sweet backing vocals).

Happy release day, Monplaisir ! « The Agreement » is out… So stoked to have this amazing record out. A true labour of love… Fans of Sonic Youth / Thurston Moore Group, Pavement and 90s indie, don’t miss that one ! For those who didn’t know, Monplaisir is made 2 members of Sport (Flo and Clement) but also Yohan and Pierre who are both amazing musicians. Recorded at Mikroksom Studio in Villeurbanne (Thurston Moore, Oiseaux Tempête, Baton Rouge), this LP puts the band on a higher level, combining their sonic explorations with amazing melodies and hooks.

350 copies on black vinyl including a booklet with lyrics and notes about the recording, coreleased with Adagio830. 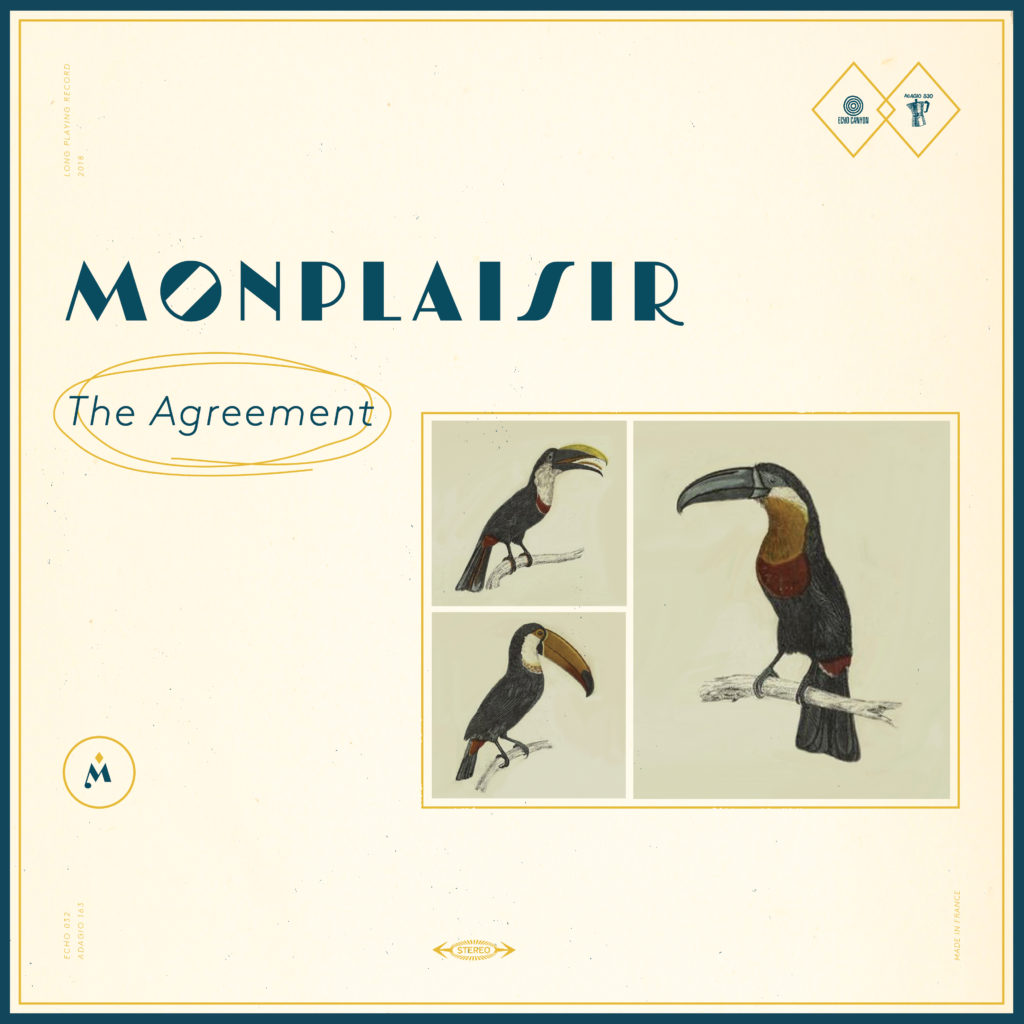 As the 300 copies sold super fast, I repressed a new batch of Daïtro‘s Laisser Vivre Les Squelettes for those who couldn’t get it, it’s out now. You will get the same thing (flyers, DL code, lyrics and a small article about the writing / recording process) and they still look like this picture below.
Don’t wait, there are only 200 copies available and I don’t plan to repress it again since I’d like to slow down the label activity a bit in 2018. 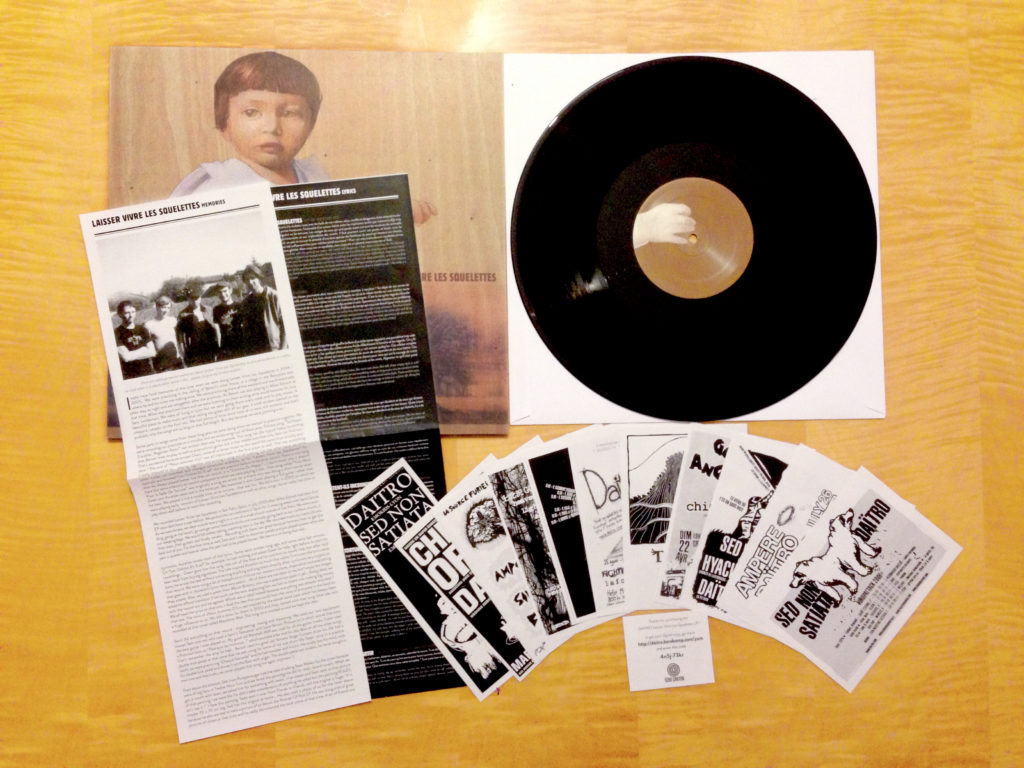 Also, the Contractions demo tape is available again as well as shirts in the mailorder section, they look like this : 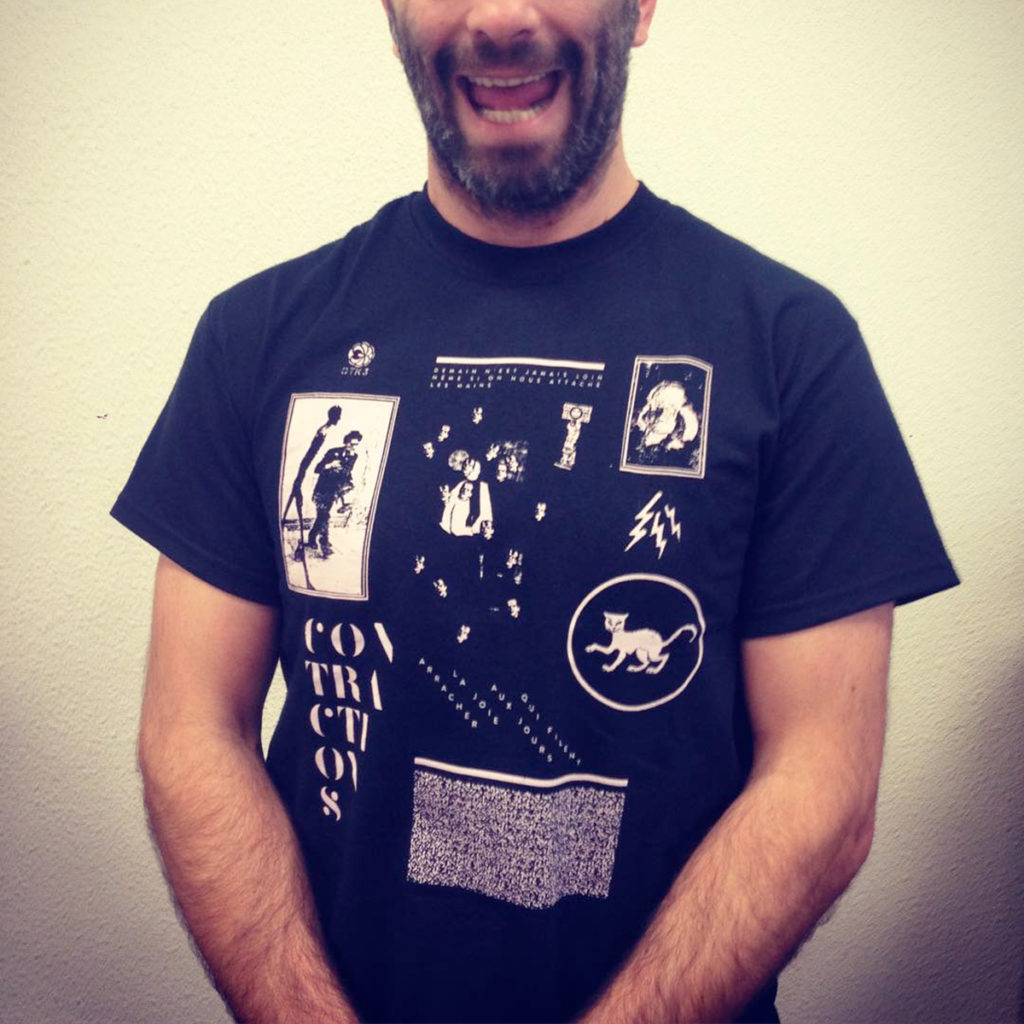 Daitro Laisser Vivre les Squelettes repress LP is out now ! Here’s a picture of what you will get with this limited repress, another labour of love…
300 copies on black vinyl with reproduction of flyers of shows / tours, lyrics and translations, an article about the making / recording of the album and a download code. What is crazy is that it almost sold out with the preorders, I have about 20 left now, so don’t lose time to get your copy before it’s too late.

By the way, thanks a lot to all the people who preordered it, your orders all shiped a week ago and my good old buddy Seb / Purepainsugar and I spent a whole evening to pack orders until 1am. 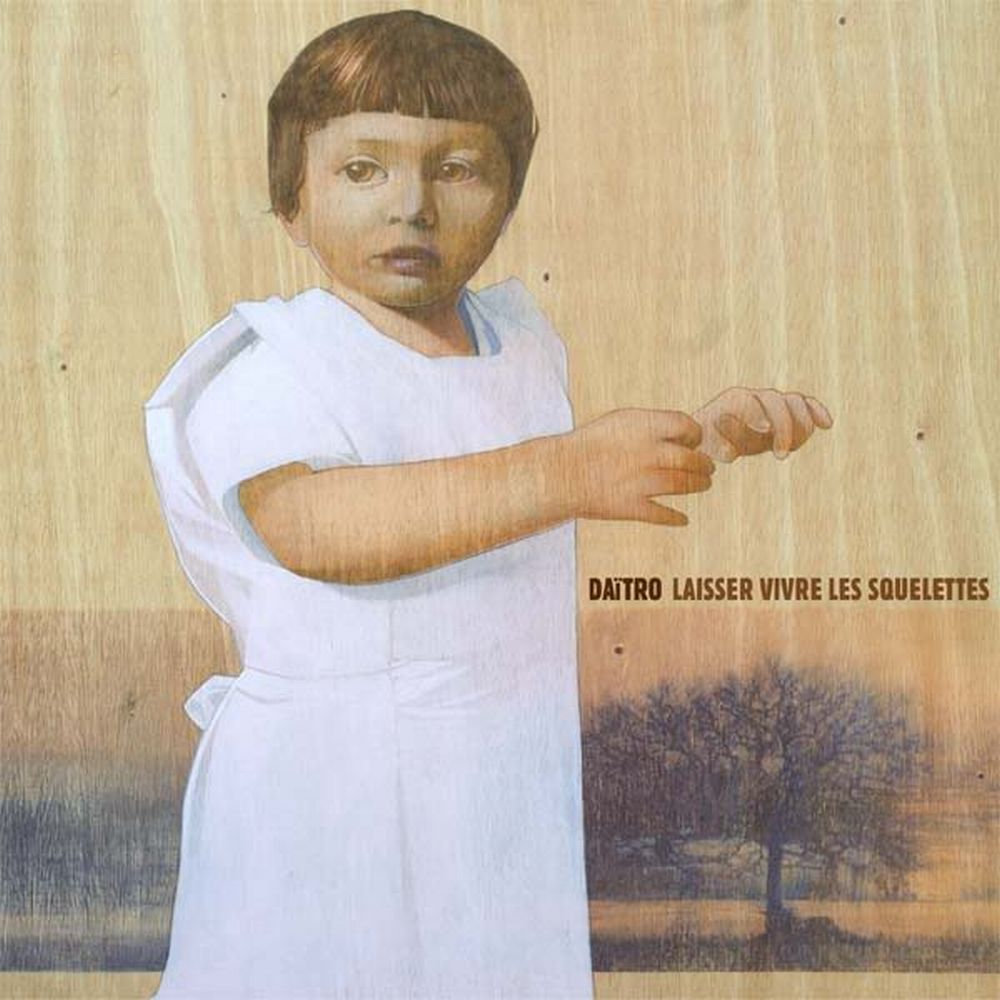 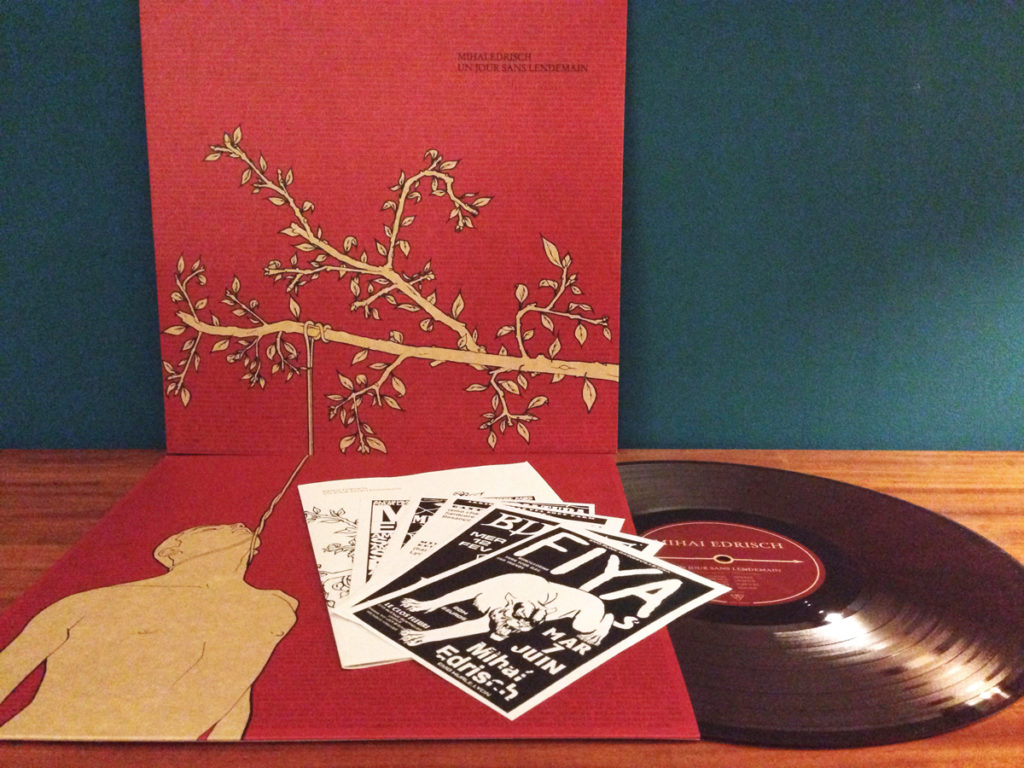 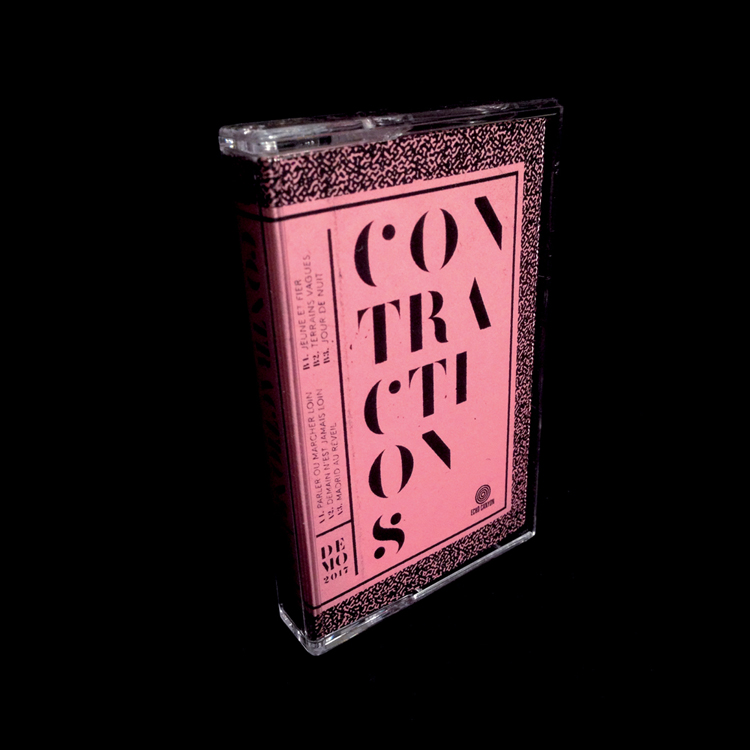 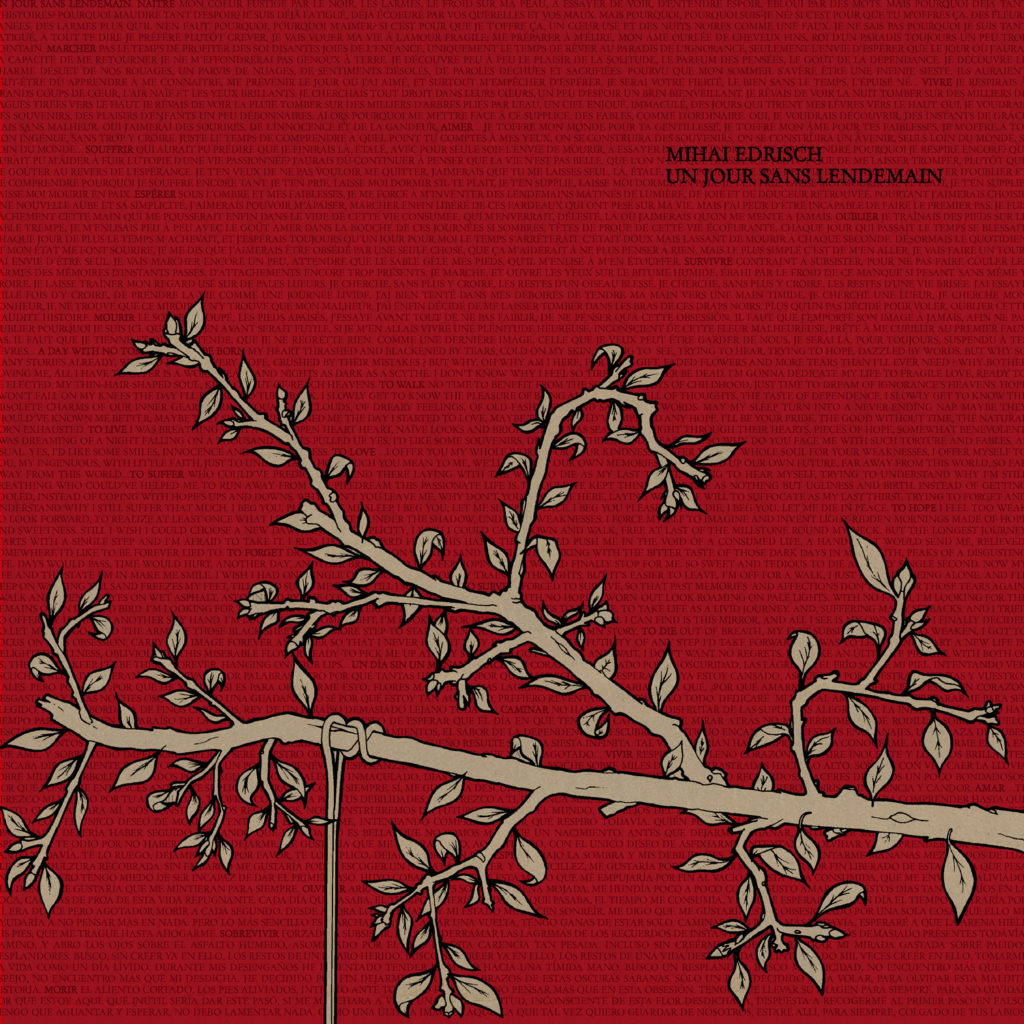