Today is Zone Infinie‘s Atomisés release day !! I’m so stoked to release this 12″ because they’ve been in my top 3 of my favorite French punk bands. The 6 songs cut on this 12″ are absolutely mindlowing and they’re the only band on this planet who can make a Mylene Farmer song sound cool.
Judge by yourself and listen to Génération Désenchantée (even though there are few chances you know who Mylene Farmer is if you’re not French but still… ) 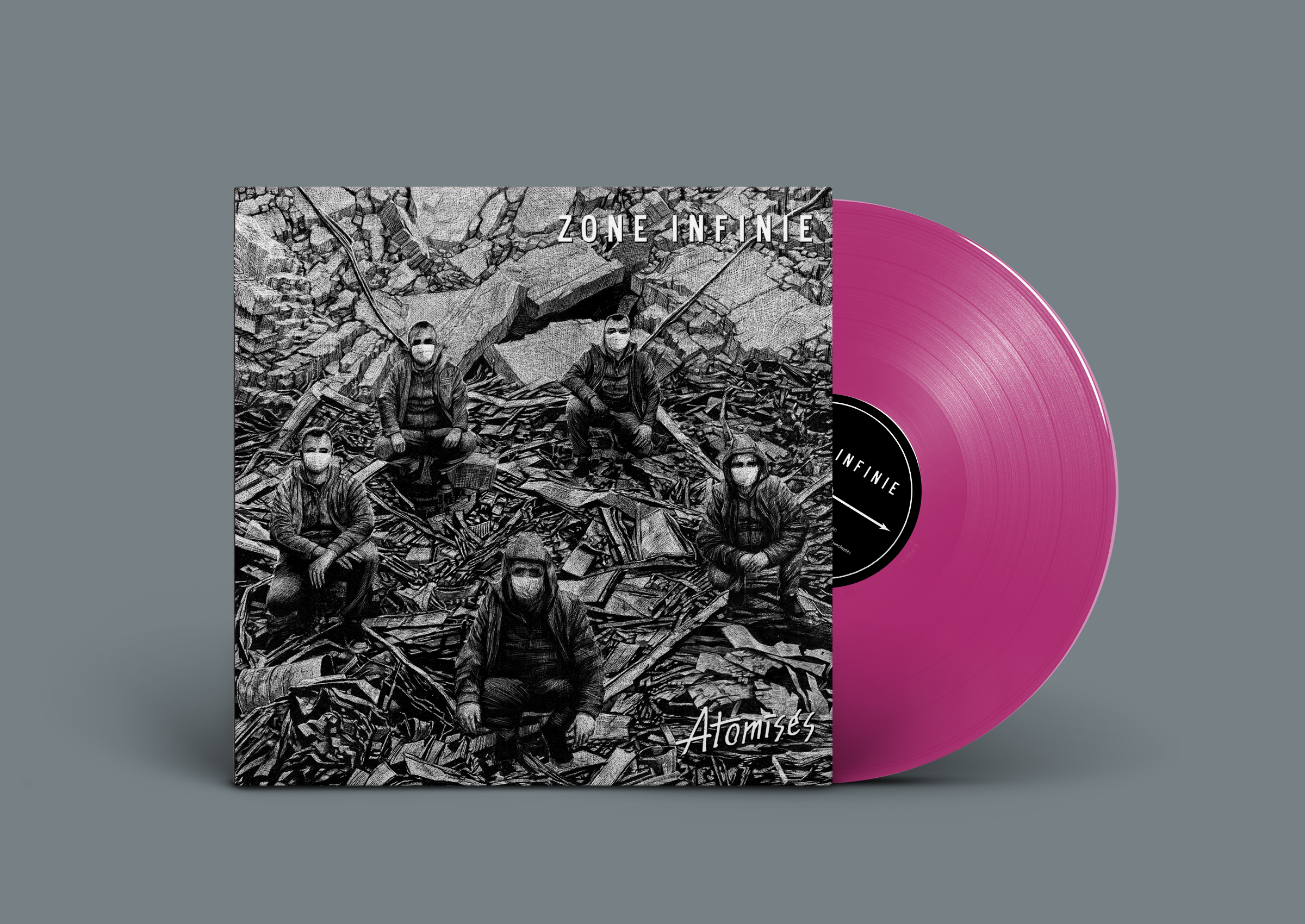 Zone Infinie is part of this new wave of French punk bands alongside Syndrome81, Litovsk, Traitre adding a modern touch to their punk influences such as La Souris Déglinguée or Camera Silens to name a few. If you speak French, you probably already have enjoyed the amazing lyrics Skub writes and his unique way of singing them. The guys have a strong and varied musical knowledge too, served by a political and countercultural activism here in Lyon, that make them a very special and talented band. Go to any of their shows to witness how much people love them and how diverse their audience is. Their shows are one of those rare places where punks, hardcore kids, antifa skins and other music afficionados come to feel they’re at the right place.

1000 copies pressed, 300 on a transparent magenta vinyl. This one is coreleased with General Strike in Brittany.

Also, check the different bundles in the mailorder page  to get the last Echo Canyon releases at a cheap price . Hope you’ll enjoy !! 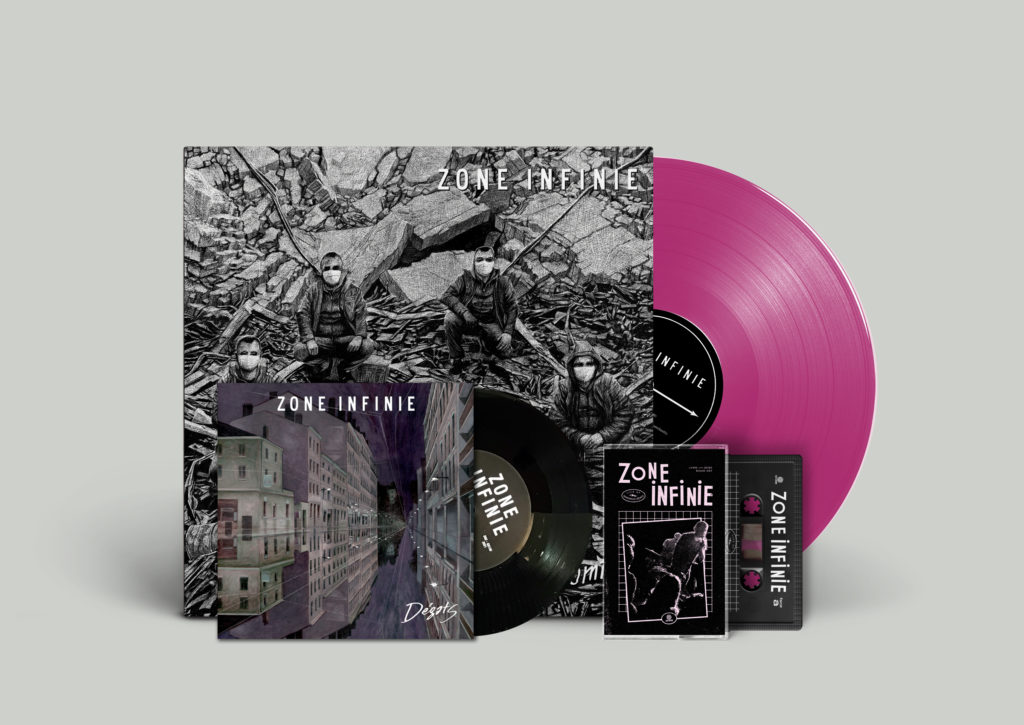 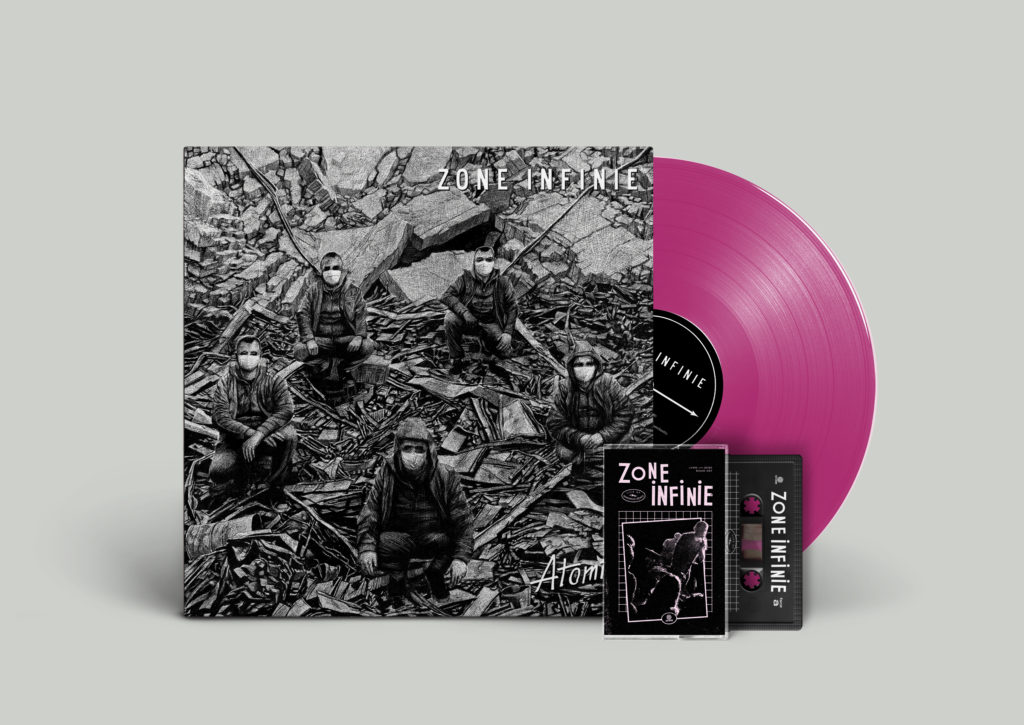 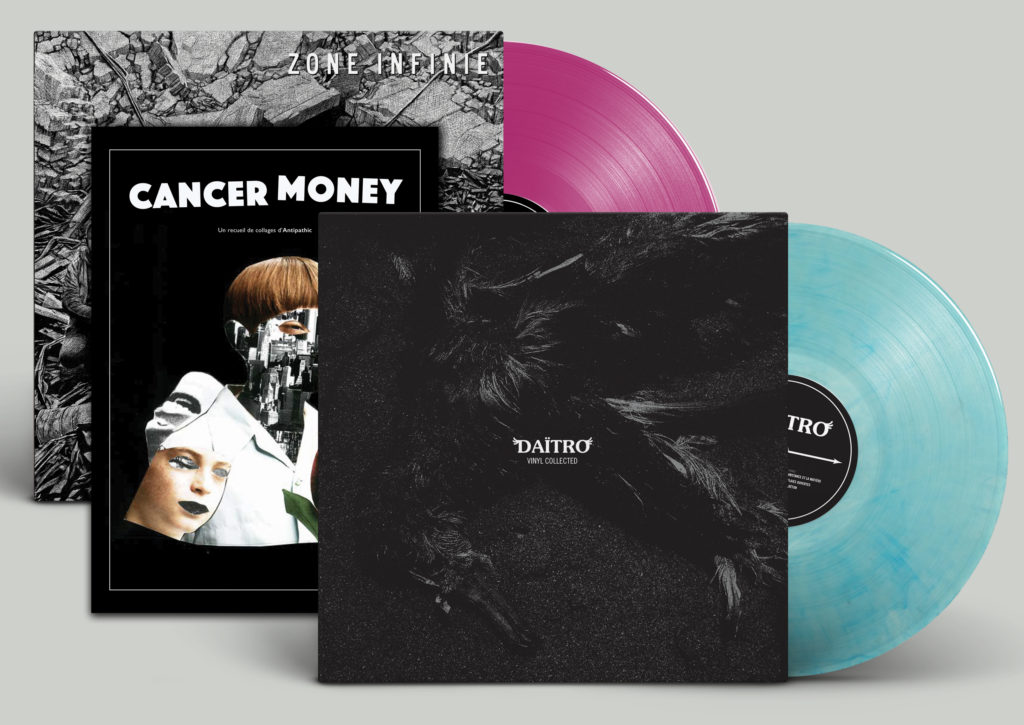 First of all, the Daitro Vinyl Collected LP arrived sooner than expected so it is basically out now. 600 copies pressed, 300 here on dolphin blue vinyl and 300 other copies on frankenstein red at Adagio 830 headquarters in Berlin. They look sublime :

Then, something very special has been on the works for the past months : it is a book of collages of my friend Benjamin aka Antipathic called Cancer Money

Back in the days, we used to say that punk was more than music and… HERE IS ITS GRAPHIC VERSION ! Benjamin is like a grand brother to me, he has always been there and I’ve seen him playing in countless bands over the years such as Overmars, VeuveSS, Ayatollah, Commando etc. For a couple years he started to work on collages, using them for record covers (ie the Faux Départ LP !) or contributing to some graphic fanzines. He is a hyperactive member pf the psychedelicopunk fanzine adrazine too.

36 pages of weirdly cut and colored images, being dangerously extatic and singularly complex. No word to read for the most lazy besides the amazing foreword by huguespzzl to practice your french. It’s coming late october, it is called Cancer Money, it looks AMAZING and I’m stoked for this one. Have a look :

Coming up next (in november) is the new Zone Infinie 12″ called Atomisés. I already released a live tape, recorded at our beloved Grrrnd Zero in january 2020. Zone Infinie are from lyon and they’re one of my favorite French punk bands right now. As it is to a lot of people too ! I love their blend of old french punk bands such as the early La Souris Deglinguée records and Camera Silens with a more melodic approach, with unique lyrics (time to practice your French !). My friend Seb once told me they reminded him Amanda Woodward sometimes, which I tend to agree. Their shows are always great, with people singing along lyrics. They have that federative vibe when they play taking the audience with them. I love this band and I love the guys too. It will be available in november and it is coreleased with General Strike ! First copies on pink, then black vinyl.

I am stoked to announce that I’ll be distributing the new (and 4th) Savak LP called Human Error / Human Delight !
I am thrilled to do so because the LP is an masterpiece… and I really mean it. 12 songs made of sometimes sunny, sometimes dark atmospheres, incredible hooks, top notch guitar works, amazing basslines, solid and inspired drum patterns and absolutely beautiful vocals and harmonies to make this 4th LP an absolute killer release

Judge by yourself with Recanted on the side B 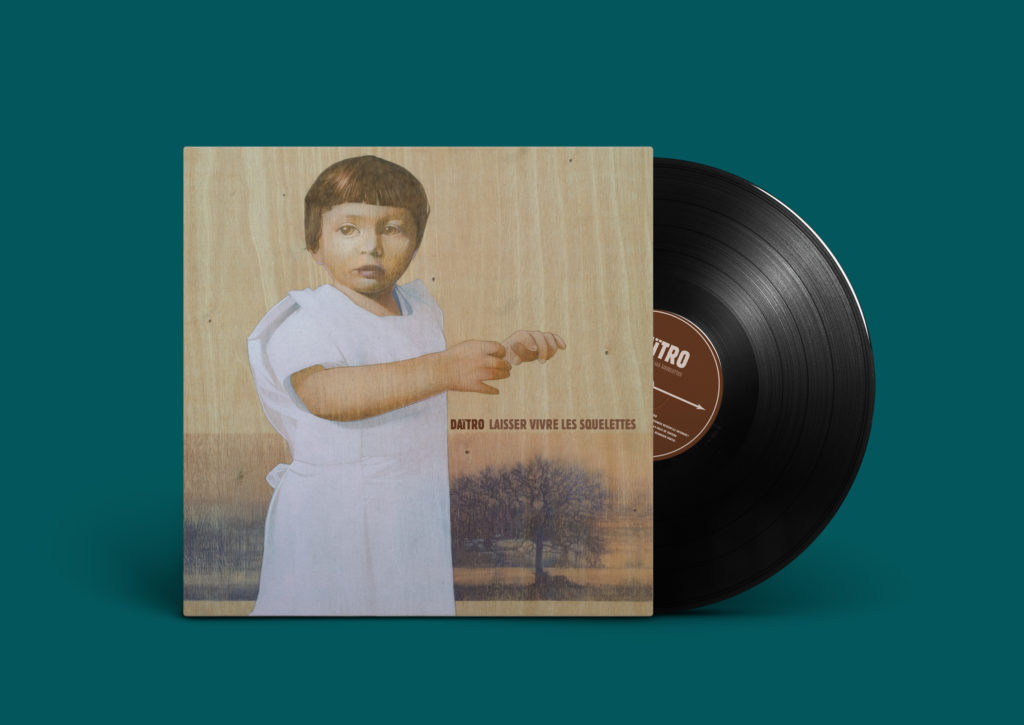 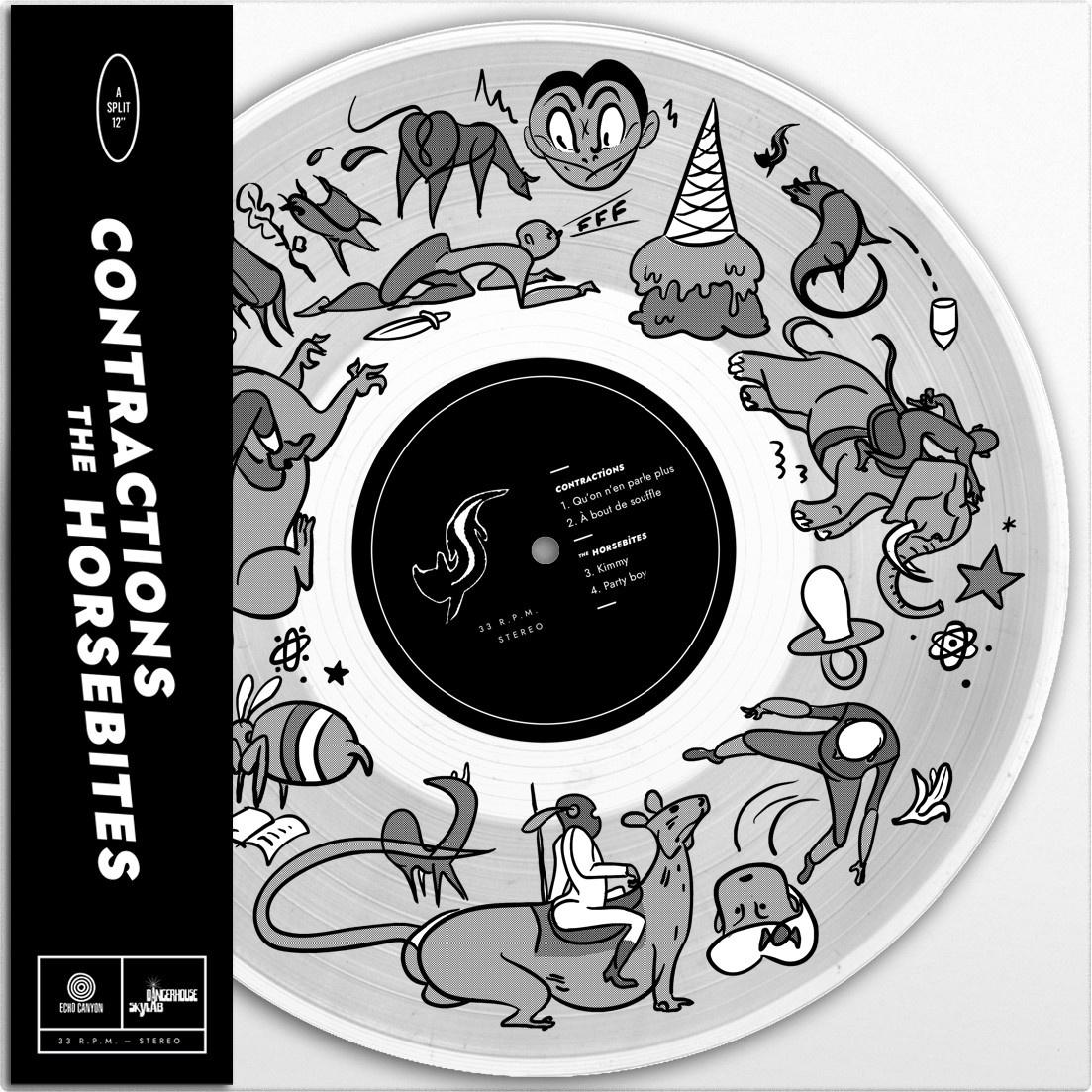 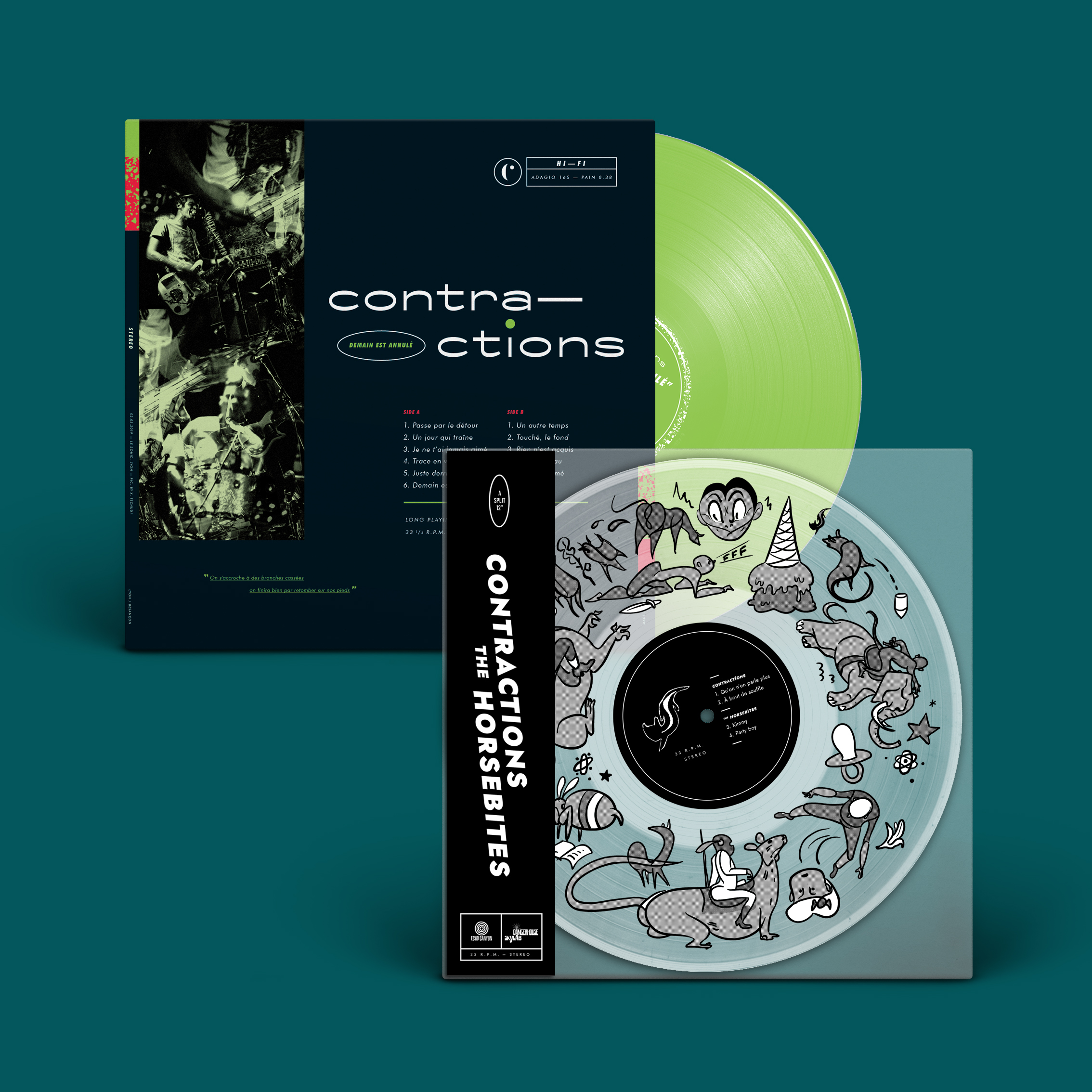 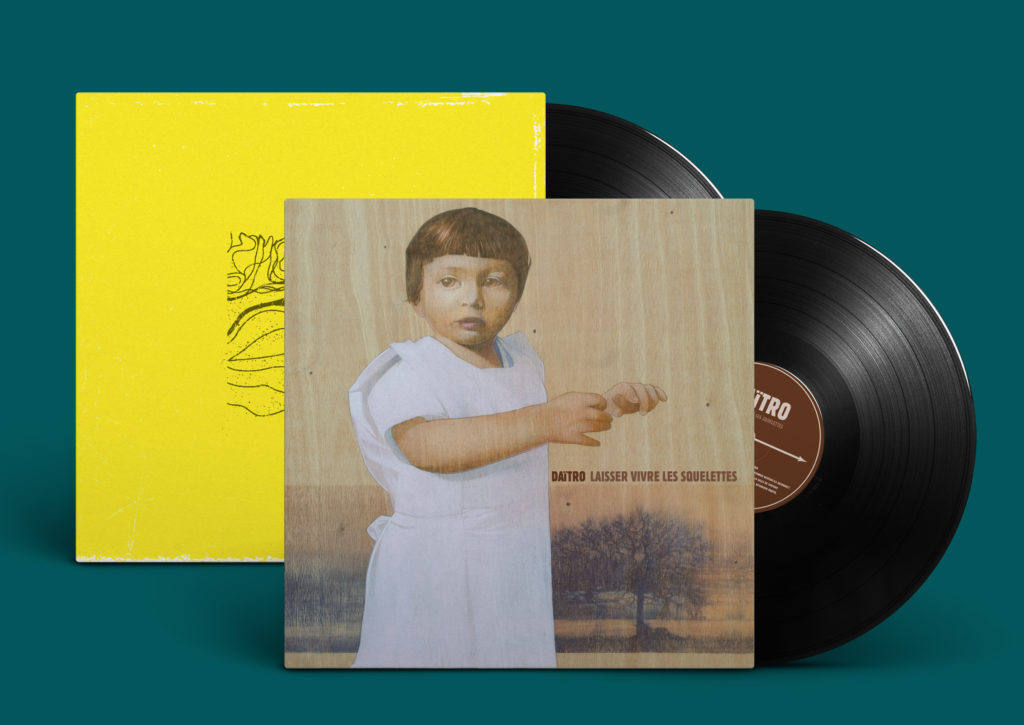 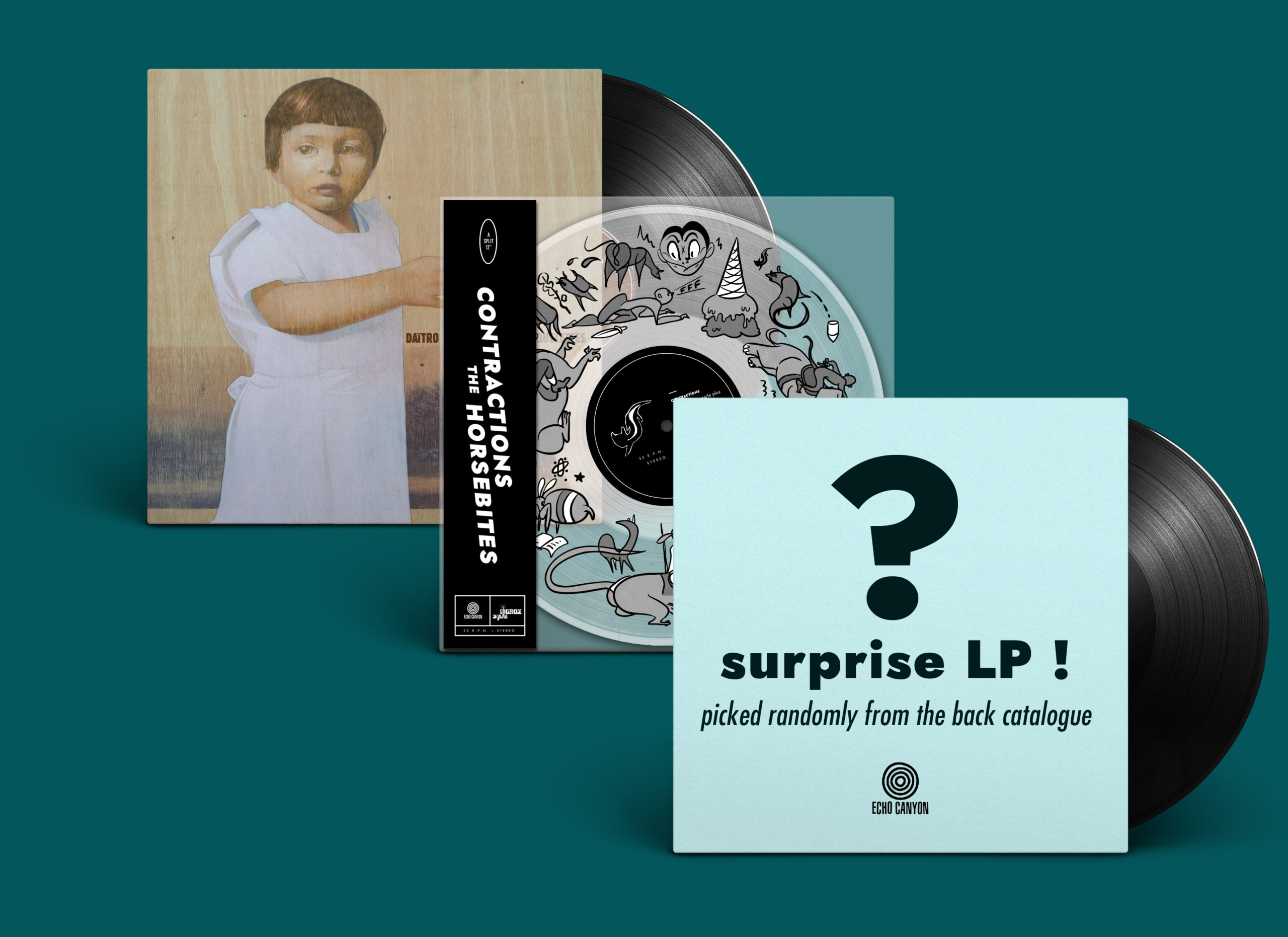 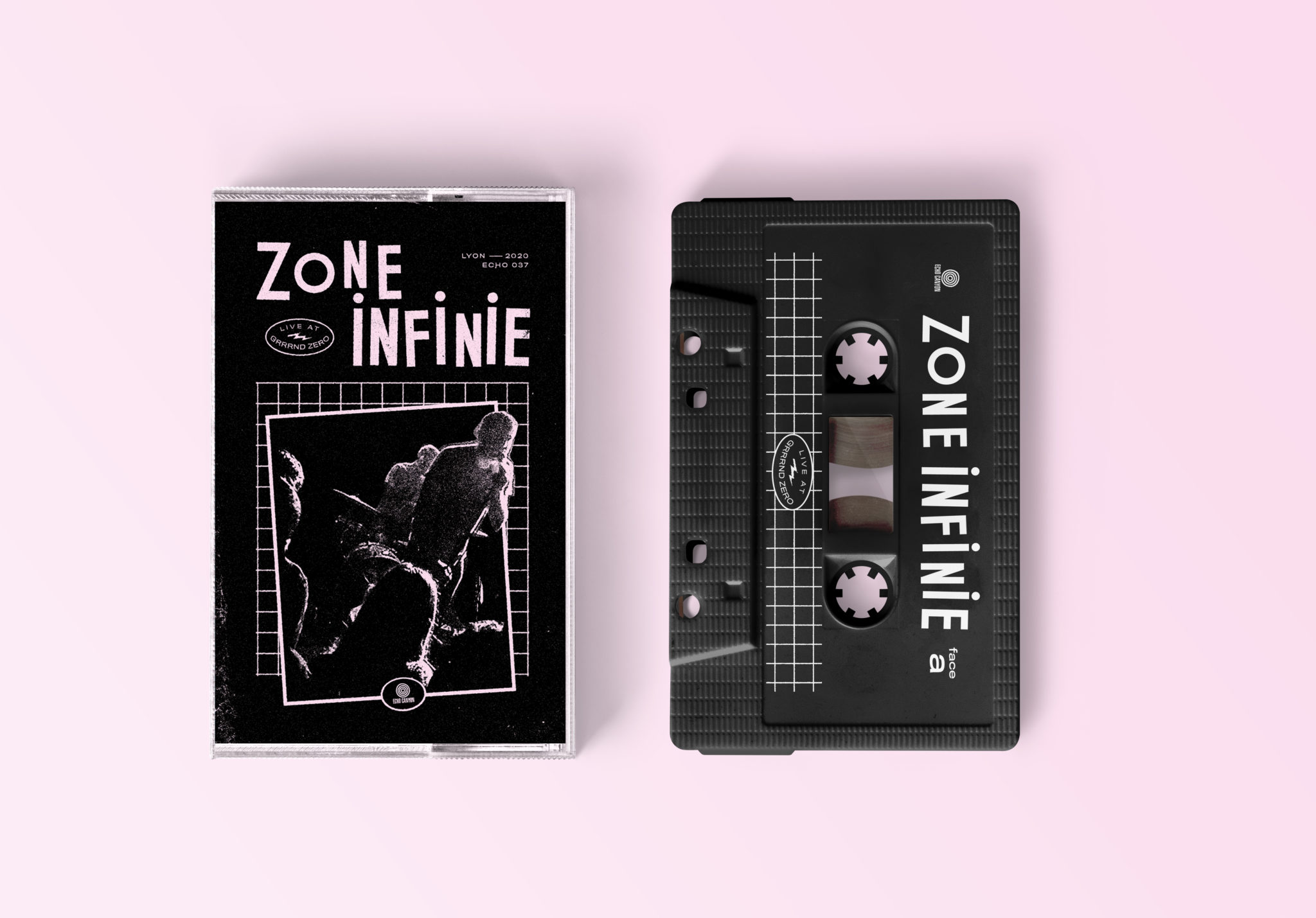 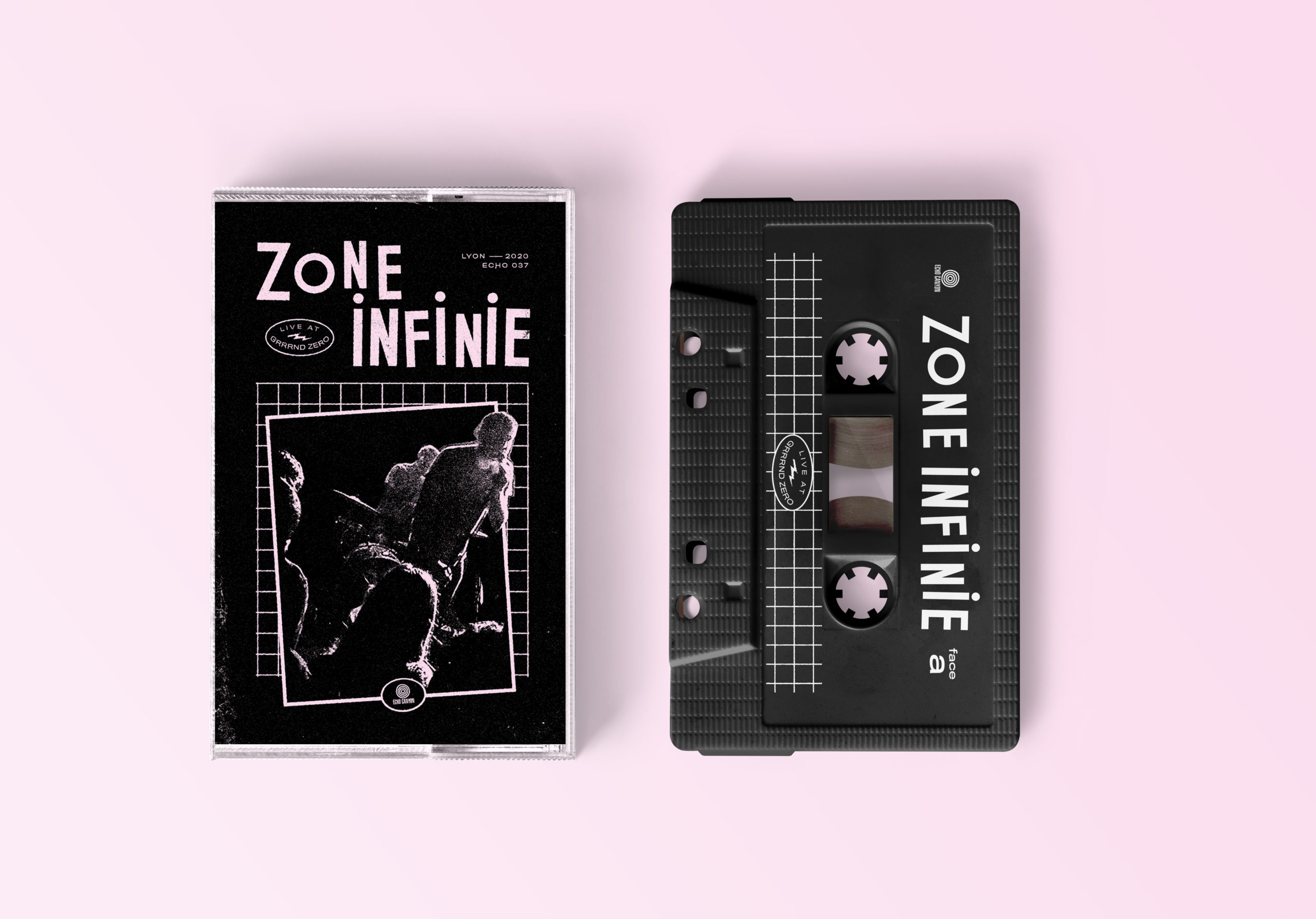